The best plans have a way of falling flat and causing anxiety and indecision. Today is our anniversary and we had planned a few days on the Cape to celebrate. My husband took yesterday off from work and I planned to work half a day, go to a doctor appointment and the hit the road around 3 to beat the worst of rush hour traffic. Well that didn't exactly work out.

My doctor wanted both blood work and an x-ray, of course. The blood lab was standing room only so I headed to x-ray which was very quick. The blood lab was standing room only still so I waited close to half an hour, when it usually is a five to ten minute deal. Finally I escaped and we got on the road after four which means traffic and the it started to rain as well. We arrived after six, checked in and got the notice that a lost key is a $50 fee. 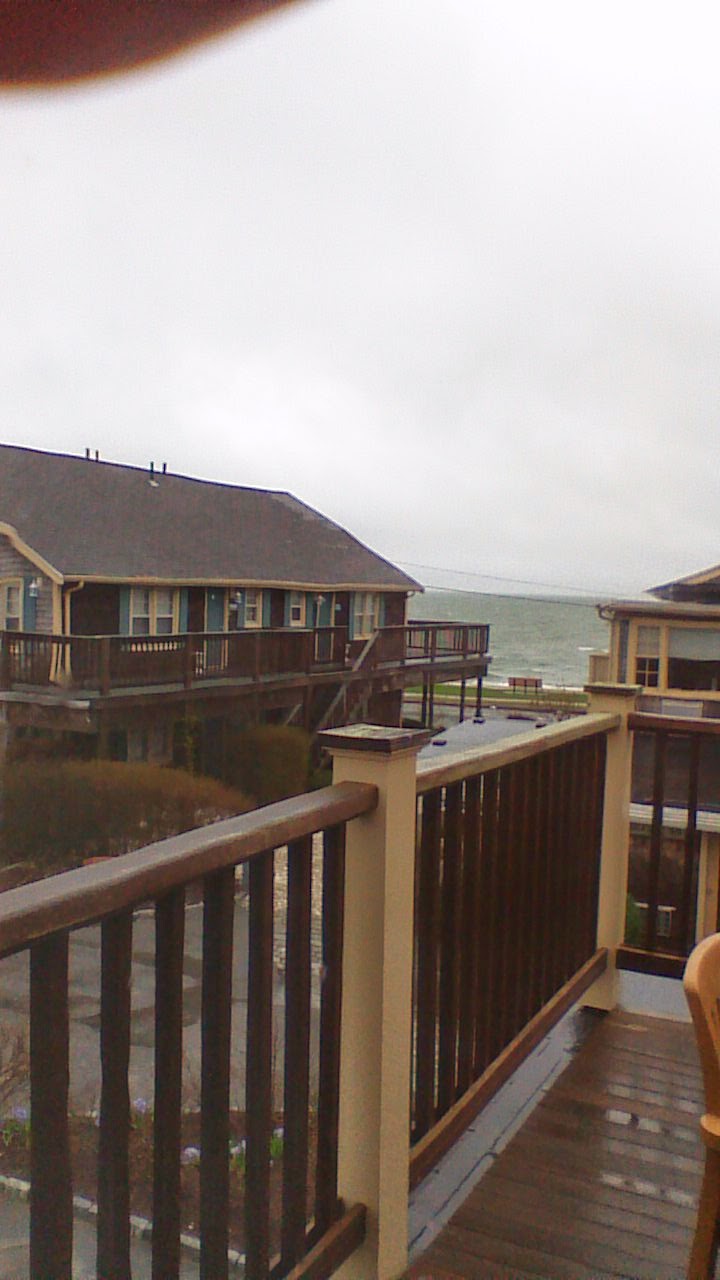 Three trips to the car in the rain and we are missing a key. I put a leaky water bottle in a bag on the bed which manages to leak all through my bag -my knitting is wet, my pill box was drowned so I might be short a few pills for a day or two (but not the important ones) and the water soaked through the bedding into the mattress..... and its raining sideways so our ocean view is tempered by sheets of rain pouring down. The rain should stop shortly and we will proceed with our day.

One additional thing from yesterday is I spoke to my friend N who I blogged about last week,  B is home on hospice and not doing well at all. We plan to visit on Sunday to see her one last time but it maybe too late. I want to see her and told her I would bring her a beer. She laughed and said she would let us know if she wanted a beer or a glass of wine. I said her choice.

At this point if she wants to open a beer with friends and take a sip or just wet her lips with it, does it really matter? She probably hasn't had a beer in a while and no one has offered her one because she's on hospice and is clearly dying.... but hell if it was me, I would be very happy to have a glass of wine with friends if it was one of my last days on earth.

I just hope Sunday isn't too late. I will get a call if anything changes in the meantime... but of course the weather and cancer coordinate to mess up our plans for some time a way.

first and foremost I want to wish you and your hubby a very happy anniversary! but, damn it, I wish things could have run more smoothly for you. I hope by now things all 'round have dried up and allowed you both the joy and relief at being able to get away.

I am so sorry about your friend on hospice - and I do so hope your get to share a beer or glass of wine together.

I have been diagnosed with breast cancer and chemo is brutal and I have to work from home, I would like to join your group