Yesterday, I was talking to our cat feeder and her husband as they were walking their extremely large, muscled dogs past our house. We need to catch up on the latest cat issues (they are on a diet) before we leave on vacation.

While we were chatting, their dogs were looking at our lawn very intently because they know we have cats who are often outside. They can't chase them because they are on leashes. One of them is actually scared of the cat they have at home. But they can look. And bark a bit until they are stopped.

Boots is my little tag along. If he can find me, he will follow me. He loves me because I feed him, and because I found him when he was lost outside when we moved last year in January. And I stick up for him when Evil Kitty picks on him.

We were chatting and Boots had to follow me. Using sheer determination he walked up the hill until he was within ten feet of me and two large dogs. He just gave them a little stare down and then, while ignoring them, focused on me until the conversation ended. Once the cat sitter and her husband left with the dogs, he waited patiently for me to walk back to the house in hopes of a snack. He doesn't like dogs but its more important to him that he hangs out with me at all times. 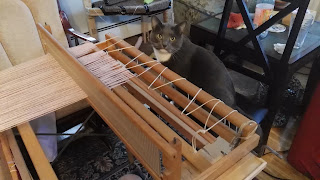 This is another testimony of how the Dr. Ariba cured my HIV disease, Do Need cure for HIV disease? You want to be curing your cancer disease? Or if you want to be free from any kind of diseases kindly contact Dr. Ariba on dr.aribaspelltemple@outlook.com or draribaspelltemple@gmail.com or call/whatsapp mobile phone at 2348140439497, he just healed my HIV disease and I m very grateful to him, he is the only HERBALIST who can cure you. Or, you can contact me at sarahgebarowski@gmail.com so I can GIVE YOU MORE DETAILS.. Thank you all for reading, God bless "

Herbs are Natural good remedies for All deadly diseases AND PENIS ENLARGEMENT , the reason why most people are finding it difficult to get a bigger and Erect Penis is because they believe on medical report, drugs and medical treatment, which is not helpful to Enlarge or Erect Penis I am from South Africa, I had Cancer and was told I could die in few Months before I met this Doc ARIBA on the internet, I contacted via email (draribaherbs@gmail.com or greataribaspelltemple@gmail.com) and he told me to come over to China, I did go to china to meet him up.. I used these herbs and got cancer cured in 3 Weeks, If you need medicine for HIV/AIDs and other deadly diseases you contact him and get cured. CONTACT: greataribaspelltemple@gmail.com, draribaherbs@gmail.com OR WhatsApp: +2349051737221

I am a 40-year-old. My Hepatitis B (HBV) disease appeared at the age of 34, with no hope of a cure from the hospital i looked further for an alternative treatments, a friend of mine told me about Health Herbal Clinic in Nigeria who sell herbal treatments for diseases including Hepatitis B disease, I contacted the herbal clinic via their website and purchased the HBV herbal remedy. I received the herbal remedy through DHL couriers within 8 days and i immediately commenced usage as prescribed, i used the herbal remedy for about a month and 1 week, my condition has greatly improved, all my symptoms including Abdominal pain, Nausea and vomiting, Loss of appetite, I am HBV free! contact Health Herbal Clinic via their email draribaspelltemple@gmail.com PLS HBV is not a death sentence, there is a cure!
Whatsapp: +2349034093028

I have been with bad mouth Odour and tooth pain for the past 5year.. on till I saw people testifying about Dr Ishiaku on the great work his has done and I contacted him on WhatsApp and explain to him and he made the herbal medicine for me and I got cured….my mouth doesn’t smell anymore and my tooth are strong &healthy…Big thanks to Dr Ishiaku for his great job. so if you are with any of this diseases