Another Ailment (In Pictures)

Recently I discovered this really neato nifty cool article on BBC of the 20 best science pictures of the year. Do you have any idea what a stem cell really looks like or a moth's scales? Who knew? Definitely worth the look.

But what really caught my eye was this picture: 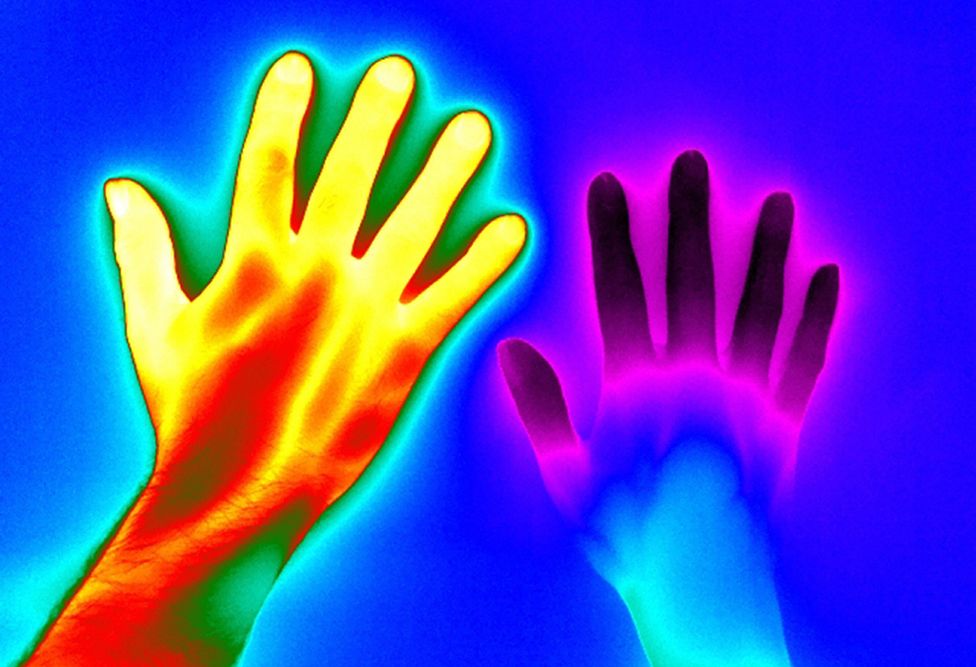 Look at all the colors! Aren't they awesome? And then you wonder why are they different. That my friends, is my point.

"From multicoloured scans of parts of the human body to vivid photos of creatures up close, the finalists of the annual Wellcome Image Awards have been announced.

The thermal image above shows the temperature of two people's hands - a healthy person on the left, and someone with Raynaud's disease on the right.

Both hands were put in cold water for two minutes before being imaged. The healthy hand then warmed at a considerably faster rate.

"This image is striking because it shows so vividly the difference between normal circulation and the poor circulation of someone with Raynaud's disease - triggered by cold temperature, stress and anxiety,"..."

And yes I have that ailment, Raynaud's too. Some where I have pictures of my hands where my fingers are pure white, as if a line was drawn with a ruler - one side white and the other side almost normal.

My husband has long complained that I have cold hands and feet (that I warm up on him). With my diagnosis Raynaud's a couple of year's ago, I have to be very careful with my hands in the winter. Sometimes when I would leave work in the winter, even if wearing gloves, my hands would be so cold that I could not warm them up until I got home.

So just another little part of my life. But the colors are really cool.
at March 24, 2016