How the heck do I do this every year? We all know Pinktober is looming like a huge pink layer of smog over us all. But September is Thyroid Cancer Awareness Month.

It has been in my life since 1981 but we are not good friends. I am stuck on a daily pill forever. Sometimes there is that ice breaker question of  'what would you want with you if you were stuck on a deserted island?'. While I might want to say the entire set of Proust ("Á la recherche du temps perdu") in English to decipher and perhaps attain enlightenment, I would really need to say a 20 year supply for thyroid supplement - or enough until rescue.

I am tethered to a little bottle of pills as a result of my little frenemy. And I get blood tests and all sorts of extra doctor appointments. And the best part is it has been known to recur up to 40 years later.... So I will probably never be off the hook.

Thyroid cancer is one of the few cancers which is increasing in prevalence. While the average age of diagnosis is rather late, 50 or so, it also occurs relatively frequently in young women - teens through 20s.

And the best part is it leaves you with a lovely scar right across your neck - that looks like someone tried to someone tried to cut your  head off. Until it finally fades to a white line. But a scar is a scar and it never tans. 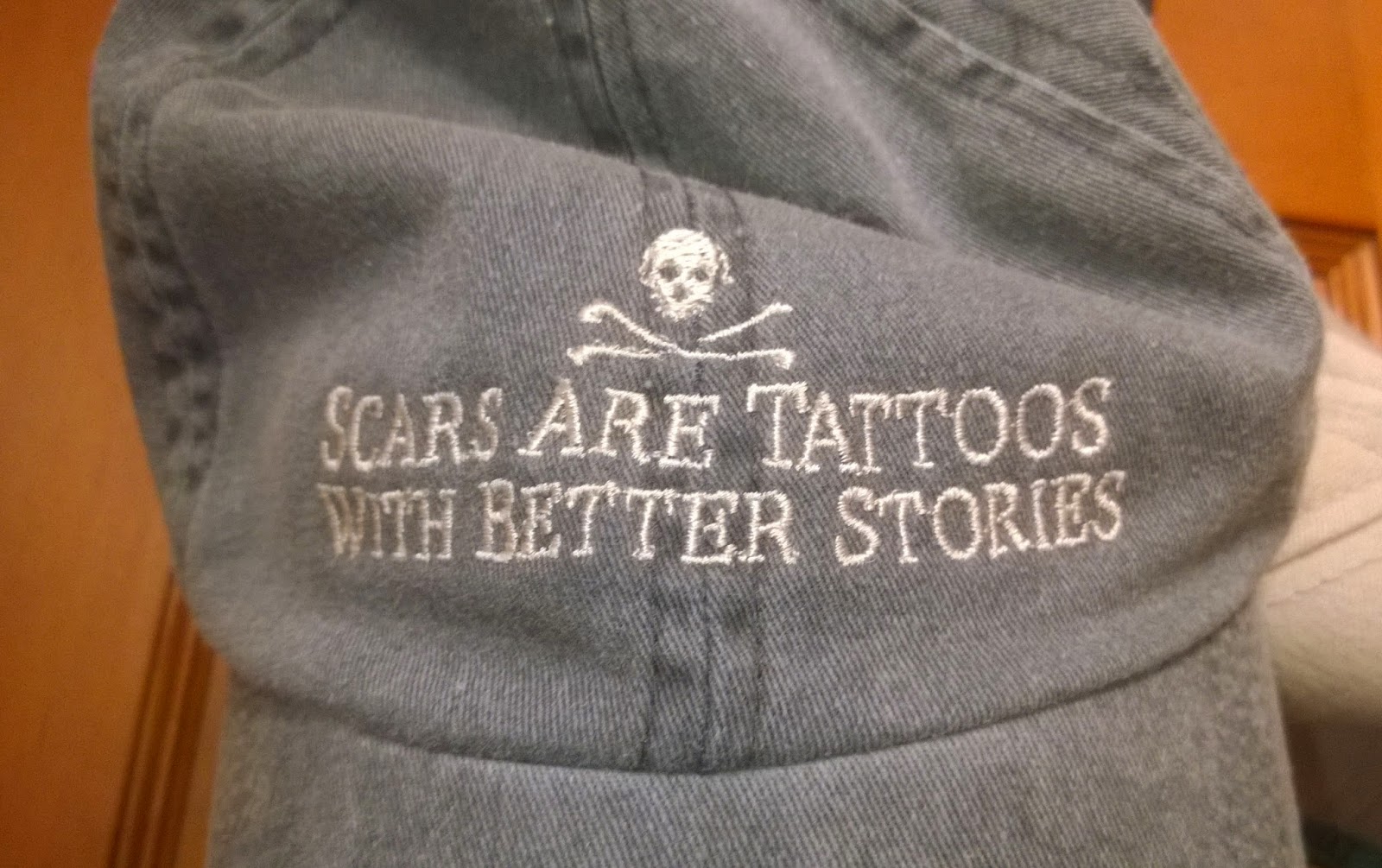 But check your neck - thyroid cancer and goiters are the reasons your doctor presses on your neck and says swallow during regular exams. You don't want my frenemy.
at September 03, 2014